With controversy swirling over whether or not military payday loans are helpful or harmful, the Department of Defense has come up with variety of resources to aid sailors in preventing financial disasters and curbing payday loan lender problems.

“Sailors are reluctant to utilize these resources, because they assume it will reflect negatively back at their command,” said Deborah Lane, financial education supervisor at the Fleet and Family Support Center at Naval Air Station North Island. “In actuality, sailors are encouraged by their commands to actively pursue financial well-being.”

Many in the armed forces are falling victim to businesses that profit from predatory payday loan lending. A recent survey by the Defense Manpower Data Center showed that 13 percent of sailors have used cash loans in the last 12 months, costing their families more than $80 million in fees a year.

Although there is no exact definition of predatory payday advance lending, the term is akinto abuse, including immense fees, excessive interest rates and outrageous insurance costs.

“These businesses prey on the financial fears of many military personnel," said Lane. “Predatory businesses promise troops generous rates, then abuse them financially.”

END_OF_DOCUMENT_TOKEN_TO_BE_REPLACED

Interested to hear what someone prominently involved in the world of payday loans has to say about the business? You're in luck!

On May 24, Kevin S. Price, CEO of Cash Now Corp. updated the investment community in an exclusive interview with Wallst.net/. Topics covered in the interview include an overview of the company and the bad credit payday loan markets it serves, recent press releases, current capitalization, upcoming strategic and financial milestones.

To hear the interview in its entirety, Wallst.net/ and click on "Interviews."

The Cash Now Corporation is developing the most comprehensive menu of services in the cash advance industry. You can hear more about it with a few clicks of the mouse!

Providers of payday loans insist that they provide a needed service. But Chris Robinson, Professor of Finance at York University, begs to differ.

In a study for the Association of Community Organizations for Reform Now (ACORN), he proposes a cap that could save Canadians approximately $194M annually, or about 57 percent of his estimate of recent industry revenues. Robinson predicts his proposed rate structure would drive many payday loan lenders out of existence, according to the Toronto Star.

"Their scale will be too small to survive on the lower fees," he said.Only one or two large chains would survive, Robinson predicts, although they could expand and become more profitable as a result.

Meanwhile, a cap on fees approved by the Canadian government might then encourage banks and credit unions to offer small, short-term loans in competition with payday cash advance firms. Robinson thinks that could lead to further rate reductions.

END_OF_DOCUMENT_TOKEN_TO_BE_REPLACED

Consumer Advocates Concerned About Future of Payday Loans in Florida

According to The Daily Record, consumer advocates may have pitched a shutout during this year’s legislative session, but they're still concerned about the future use of title and payday loans in the city.

Lynn Drysdale, a consumer attorney for Jacksonville Area Legal Aid, was prepared to face a full legislative offensive thie year. Instead, she helped beat back changes to title loan and no faxing payday loan regulations, while helping to preserve local lending regulations.

The session was largely a success for Drysdale, but she worries about the long-term prospects for Florida’s consumer laws. Most legislation in that area aims to weaken consumer protections. 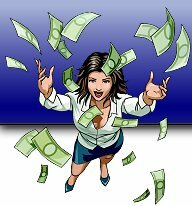 “It looks like the legislation we were tracking was not successful,” said Drysdale. “That’s good, but the problem is these days that the only legislation filed is harmful. It’s a disturbing trend that you don’t see much filed to protect consumers.”

Drysdale thinks that’s because payday loan lenders make most of the noise to the Legislature. This would explain why interest rate regulations on payday loans may soon be eliminated. Industry groups and individual lenders employ lobbyists every year to pitch legislation. Consumers, on the other hand, lack a unified voice.

END_OF_DOCUMENT_TOKEN_TO_BE_REPLACED

Over ten years ago, Ohio passes a series of laws meant to regulate check cashing and payday loan companies across the state. Controls may have taken hold, but businesses of this nature have still sky-rocketed in abundance.

Since 1995, there have been 1,398 payday offices licensed in Ohio. They seem to be operating legally and fairly, however.

Melissa Padisak, a spokeswoman with the Better Business Bureau of Mahoning County, said her office has not received many complaints about area payday loan centers committing fraudulent actions.

Nevertheless, consumers should be wary about using no credit check payday loan businesses, she said.

‘‘The problem with these places is they can charge triple-digit interest rates,’’ Padisak told The Tribune-Chronicle. END_OF_DOCUMENT_TOKEN_TO_BE_REPLACED

The Massachusetts Division of Banks is ordering 48 payday loan companies to cease operations in the state, reports today's Boston Herald.

“These companies are not licensed to offer loans to Massachusetts consumers because they charge interest rates far in excess of what our small loan law allows,” said Commissioner of Banks Steven L. Antonakes. 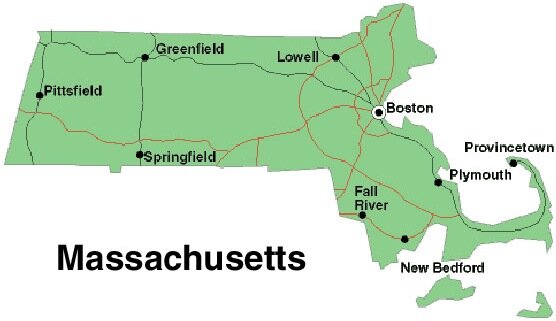 As part of its action, the Division of Banks also sent letters to Boston's craigslist website, as well as the Boston Herald, to stop running ads for companies offering payday advance loans, which typically involve high-risk, high-interest loans to those who need cash before their next paycheck.

In a statement yesterday, the Herald said that it will review the state’s request in light of recent developments. Other newspapers have been asked in the past to stop running such ads when the state determines a lender is not licensed to do business in Massachusetts.

All 48 lenders cited by the division are based outside Massachusetts, but still offer faxless payday loan service to Bay State residents via the web. Last year, the division ordered 91 payday loan institutions to cease all operations due to excessive interest-rate charges. States such as nearby New Hampshire have no caps on the interest lenders may charge.

Moratoritum on Payday Loans to Remain in Place in New Mexico

As Governor Bill Richardson looks to crack down on payday loans in New Mexico, a moratorium on those companies will remain in place until regulations are decided upon.

Edward J. Lopez, superintenent of the state Regulation and Licensing Department, said New Mexico would not issue new licenses to payday loan businesses until legislation to change the industry is enacted some time in June.

Until then, the state will impose its own set of regulations on the industry, preventing any new businesses from opening, he said.

Darrin Andersen, president of the Community Financial Services Association of America, is not a fan of this approach. He said in a prepared statement that there concerns that state regulations would restrict New Mexicans' access to payday advance lending services.

"CFSA members do not support the placement of arbitrary restrictions on their customers, who are hard-working, educated adults, capable of making appropriate financial decisions for their families," Anderson said.

Steven Schlein, a spokesman for the Financial Services Association, declined to comment on the faxless payday advance moratorium and said he could not expand on the prepared statement until the official version of the proposed regulations is entered on June 15.

END_OF_DOCUMENT_TOKEN_TO_BE_REPLACED

Soon after we reported that Norfolk, VA was looking to regulate its payday loan industry, the City Council voted 7-0 to restrict the growth of those lenders and check cashing businesses earlier this week. Tuesday night

Any new thrift stores, payday advance lending and check cashing establishments are banned from most of the city’s small shopping centers as a result of this vote. More importantly, any new stores – which would be allowed only in medium to large shopping centers – must receive permission from the City Council in order to open. The Virginian-Pilot had the report.

The restrictions came largely at the urging of City Councilman W. Randy Wright, who was concerned about the growth of thrift stores and the influx cash loan operations of along East Little Creek Road.

Most council members deemed faxless payday loans to be “predatory.” Only one citizen – Neil Walsh, who said he represents the Association for the Advancement of Retired Persons of Virginia – spoke at Tuesday’s meeting about the issue. He endorsed the ordinance, noting that some payday loan lenders charge 390 percent interest for a two-week cash advance, and that these loans are aimed at “the working poor and military families."

END_OF_DOCUMENT_TOKEN_TO_BE_REPLACED

Military payday loans - in this case, illegal ones - continue to dominate the news.

An El Paso judge has frozen the assets of a payday loan business as part of a lawsuit by state officials. Investigators claim the company is really a loan-sharking operation targeting military personnel.

State Commissioner of Consumer Credit Leslie Pettijohn accused the owner of Advance Internet and Texas Advance Internet of making short-term cash advance loans at inflated interest rates.
The 21-page lawsuit was filed in El Paso last week. It claims that owner John A. Gill charged as much as 782 percent interest and offered Internet service as a perk for doing business with the company - which was not licensed in Texas.

The N.C. Banking Commission voted unanimously this morning to uphold a ruling that forced the payday advance lending industry to leave the state. Advance America had already closed its stores in anticipation of December's ruling outlawing payday loans from the area.

But the Spartanburg company also appealed, seeking the right to return. The board, which oversees Smith, upheld the ruling with no discussion, following a recommendation from a committee.

"A civilized society does not allow these kinds of interest charges," board chair and state treasurer Richard Moore said after the vote.

The company can now appeal to the state court system. The chances of cash loans returning to North Carolina are not very strong, though.