It's an issue that the Federal Reserve grew tired hearing about: Like many online payday loan companies, do credit card issuers actually target those already in debt?

As a result, the Fed issued a report downplaying assertions that the banking industry contributed to bankruptcies through such a practice. In the release, it was concluded that credit card issuers do not follow the lead of faxless payday loan lenders; they aren't soliciting customers or extending credit to them without assessing their ability to repay debt.

Congress requested the report as part of a 2005 bankruptcy law.

''Despite the large expansion in the proportion of households with credit cards in recent decades, measures of debt repayments relative to income show no signs of a rise in distress in the aggregate,'' the report stated.

In its review, the Fed was asked to assess whether industry practices encourage consumers to accumulate debt, how issuers determine whether a consumer will repay the debt, and how they solicit and select customers. Maybe a similar look into the world of faxless online payday loans would be a good idea.

Earlier this week, we reported that an Arkansas payday loan company was slammed with a seven-figure fine. Since then, more information has been released about the firm and its alleged infractions. 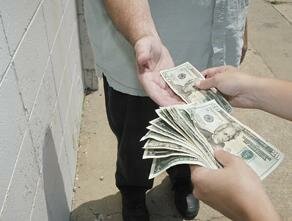 Searcy Fast Cash, operating at 3205 E. Race in Searcy, Ark., was violating state lending law and issuing loans without a license. According to the Searcy Daily Citizen, 13 similar businesses owned by Dennis Bailey across Arkansas were doing the same, a state agency found.

As a result, the businesses’ parent company, BMB Finance Company of West Plains, Mo., was ordered to pay $1,317,450 in fines by the Arkansas State Board of Collection Agencies for repeated violations of the Arkansas Check Casher’s Act.

“He’s not supposed to make any new loans, collect outstanding loans or cash any checks for a fee,” Peggy Matson, Executive Director of the board, said. “He’s supposed to refund any fees for cashing checks and making loans to customers. They owe him no money. They do not have to repay these loans.”

Customers need only to present their receipts at one of the locations or call the board at 371-1434 for a full refund of fees paid. Those with outstanding payday loans do not have to pay them back.

END_OF_DOCUMENT_TOKEN_TO_BE_REPLACED

How to Break the Payday Loan Cycle

It happens all the time.

You, the consumer, think you are making a move that will help get a handle on your escalating debt. The next thing you know, you are in a damaging payday loan trap. It's hanging over your head. You want out. But what to do? Are there debt consolidation places that can help get you out of this cycle? What is the best course of action?

According to Bankrate.com advisor Steve Bucci, this is a cycle that can be very difficult to break — but it can and must be done.

If you are living paycheck to paycheck, as so many American families are, and are without savings or conventional credit, handling unexpected expenses can be a major problem. And payday loans can seem like a godsend at a time like this.

The main reason is that the money from the first loan is an advance against your next paycheck. That leaves you with less income than you are used to and, for most people, puts you behind on your usual expenses. Therefore, to catch up so that you do not miss any bills due to your faxless payday loan, you go back and apply for another, or renew your current one.

One of the many problems with these types of loans is that until you break the cycle of borrowing, you never catch up.

END_OF_DOCUMENT_TOKEN_TO_BE_REPLACED

Looking for a Wisconsin payday loan? You may need to drive a bit further in order to get it.

The Journal Times reports that a plan to restrict the location of payday loan stores in Racine is headed to the City Council next week. On Wednesday, the city's Plan Commission approved adopting an ordinance that amends the existing

This is something Alderman Greg Helding said should have been done a long time ago. Helding, a Plan Commission member, and Alderman Aron Wisneski pushed the payday loan issue onto the agenda.

"Essentially, they're bad," Helding said. "All indicators I have seen show them to have a detrimental effect on neighborhoods, especially when they cluster."

There will be a public hearing during the City Council meeting July 5.

END_OF_DOCUMENT_TOKEN_TO_BE_REPLACED

The question of payday loans in New Mexico has been in the news a lot recently. Now, regulations appear to be in place - and one editoral from The Alibi seems to think it's about time. Let's paraphrase:

The number of cheap payday loan offices around the nation has increased from 300 in 1992 to almost 22,000 in 2003, according to a report by the Congressional Research Service. If you're strapped for cash, these payday loan companies offer short-term loans or cash advances as long as you have a checking account, a form of identification and a pay stub.

The high cost and high risk of these faxless payday loans, however, has caught the attention of Gov. Bill Richardson and Attorney General Patricia Madrid. During the last legislative session, the governor backed legislation - HB 409 - that would have imposed regulations on the payday lending loans industry, but it was killed in the Senate.

END_OF_DOCUMENT_TOKEN_TO_BE_REPLACED

Jefferies & Co., a full-service investment bank and securities firm which focuses on growing mid-sized companies and their investors, has initiated coverage of First Cash Financial Services, a provider of low-income consumer loans through pawn shops.

Jefferies analyst Daniel T. Fannon, who gave the quick cash loan company his all-important "Buy" rating, expects its earnings to grow at least 20 percent annually for the next two years.

"While a deteriorating economy could create some fluctuations in credit performance, we believe that it could also drive loan growth for pawn and payday services as subprime consumers seek new sources of credit," Fannon said. "Pawn and payday loans are an increasingly important alternative for customers with limited borrowing options."

He noted that First Cash is also the only U.S. pawn lender with operations focusing on Mexico, with 139 locations south of the border. The company is growing its domestic base as well. Fannon set a $23 price target, which is about 19 percent higher than the company's closing price Wednesday.

Just months after Illinois cracked down on the payday loan industry, Gov. Rod Blagojevich (pictured) is making another push for consumer protections — one the industry says is too extreme. 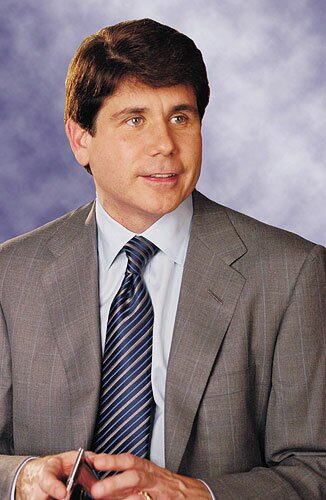 Blagojevich, who has termed the industry a "legal form of loansharking," is trying to use his executive powers to act against the businesses instead of working through the General Assembly. Short-term lenders allege that this is an abuse of his authority.

"I think they just need to take a civics lesson over there," Steve Brubaker of the Illinois Small Loan Association said.

Restrictions that took effect in December apply to loans of up to 120 days and are meant to keep borrowers from getting in over their heads. Both the administration and community groups claim the cash advance providers are getting around those restrictions by promoting loans that last 121 days or longer.

To counter this, the Democratic governor is proposing new regulations for the industry, rather than a change in the law. That means that he doesn't need the support of the full Legislature, and the only legislative review will be from the Joint Committee on Administrative Rules.

"JCAR has been a committee that has had a tradition of being friendly to that industry, so we expect this will be a tough battle," Blagojevich said. "But we're going to do everything we can to try to get it done."

END_OF_DOCUMENT_TOKEN_TO_BE_REPLACED

That question has now been answered. The Consumer Credit Research Foundation released a study this week showing that fewer than 13% of military enlisted personnel have taken out a payday loan in the last year. Moreover, these individuals are more likely to repay the amount borrowed o on time than their civilian counterparts.

Given the relatively low overall default rate for these payday loans, the claims of some opponents of payday advance lending - that payday loans are a threat to military readiness - appear to be unsupported. Let's take a closer look at the survey results:

While it's still important to educate these heroes as far as military payday loans go, it appears as though the problem may not be as widespread as many tend to believe.

On Wednesday, the Arkansas State Board of Collection Agencies imposed a whopping $1.2 million fine against Dennis Bailey and several payday loan businesses he is accused of running — illegally — in the Natural State.

The board claims Bailey is operating stores that, without a license, have been cashing checks for fees and issuing cheap payday loans. Executive Director Peggy Matson argued in favor of the fines, praising what she called the most aggressive action taken by the board in her six years with the panel.

Advice to Recent Grads on Their Debt; Are Payday Loans an Option?

You know it's a big deal when Oprah gets involved. The talk show host has dedicated various shows to force America on a "Debt Diet," with a series of episodes featuring families that overspend to the brink of bankruptcy. As we've discussed, student loan debt is an especially major problem.

"Banks shower graduates with offers since their research shows that once people open an account, and are initially satisfied, they are reluctant to switch banks," says Dr. Berg. "Students discover credit card financing early on, leading to the notion of looking in a wallet and knowing you have the power to charge more than you should."

So what can a recent grad do to stay on track and be a smart earner and saver? Applying for a quick cash advance is often eschewed by experts.
"Set up a budget," says Anna Kelly, director of student financial services of The New England Institute of Art. "It's simple, easy to do, and serves as a guidepost to help young people learn to pay off debt, not accumulate more debt, and learn to save too."