Thousands of documents containing customers' personal and financial data were found intact, unshredded and scattered behind a Money Now payday loan store in Louisville, Kentucky, according to members of a local TV news team. 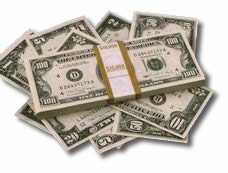 Boxes of financial records were found by another business owner in the same strip center. The individual who happened upon them immediately alerted the people that he had their information.

"It's my name, it's my social security number, it's my address," said an unnamed and upset woman whose personal information was discovered in a dumpster behind the payday cash loan store.

The news crew discovered more documents in the dumpster, some of which contained people's personal and financial info., such as their social security and bank account numbers. Employees at Money Now began picking up the documents after reporters showed up.

When we asked why the crucial fast payday loan documents hadn't been shredded, one employee responded that they had been thrown in the dumpster by mistake.

"They weren't supposed to be there," said the staff member trying to play down the damage. "And we don't have a lot of personal information in those documents that you could really steal."

Except for, say, social security numbers, birth dates, even a check from someone's employer that is required for instant payday loan approval. The stories don't add up, either. Another employee suggested a contradictory theory, that the payday advance shop was the victim of a setup.

"We've had some employees who are trying to sabotage us. They've been terminated, and so that's why they got in touch with you," the employee told the news station, WAVE-3.

But officials are not buying it. Charlie Mattingly of the Louisville Better Business Bureau believes that carelessness with documents containing this kind of sensitive personal and financial information is common with small businesses.

"In this day and age, there is no excuse for just dumping information in the dumpster like that. Any business that would be careless with customer records is not only endangering the trust of those customers, but is potentially in legal problems as well under these new laws," Mattingly said.

The U.S. government recently passed a law requiring businesses to shred or properly dispose of customer's personal information. A woman who applied for payday loans, and whose info was later tossed in the dumpster, isn't buying the excuses given by the employees.

"It's still their responsibility to shred my information and they gave me the impression that they did," she said.

While the woman is getting a lawyer to explore legal action against the payday loan venue, Money Now isn't taking the situation seriously.

"Nothing really happened," said an employee. "Someone planted something in our dumpster and is now trying to distribute it. We take every security precaution."